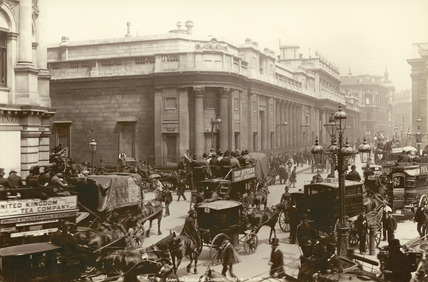 Banking, and in particular international banking, has served as a foundational element of the global financial system while also playing an ever-increasing role in our everyday lives. Surprisingly, not much is known about the formation and development of international banking networks. Moreover, there is a lack of information regarding how international transactions and interbank connections were managed, built and later developed into our current system. The EU-funded GloCoBank project aims to change this. It plans to compile and analyse a set of data and combine it with extensive archival research, thus creating a comprehensive data source. The project's results will provide a much more granular assessment of the patterns and dynamics of international banking.

The overall objective of GloCoBank is to analyse the changing shape of international banking networks across the 20th century using an innovative methodology that allows greater specificity and inclusion than ever before. The bilateral correspondent banking network that will be uncovered by GloCoBank was the structure on which the global financial system was built and on which the trade and specialization that drove global development was based, but we know very little about it. When merchants settled accounts across borders, they did so through transfers from the merchant’s bank to the customer’s bank. From the time of the telegraph in the late 19th century, the contraction of time and space was accomplished by sending telegraph messages from the buyer’s home bank to an agent in the seller’s country to transfer funds to the seller’s bank. These interbank connections remain the underlying architecture of the global payments system but we do not have a complete sense of how they were built, managed or how they changed over time. Existing literature on global payments relies on official data on capital flows that are exclusively available at a national level which prevents an analysis by type of bank, sub-national region, or more specific location. Moreover, these national data on bank flows are also consistently available for most countries only from 1960, which truncates our ability to assess the changing geography of international banking during periods of upheaval such as wars, economic crisis or depression.

To date there has been no comprehensive data source to accomplish this. GloCoBank will create and analyse a new set of data and combine it with extensive archival research, which will allow a much more granular assessment of the patterns and dynamics of international banking and payments. The data will capture the links between thousands of individual banks involved in international payments through bilateral correspondent banking contracts across 130 years.