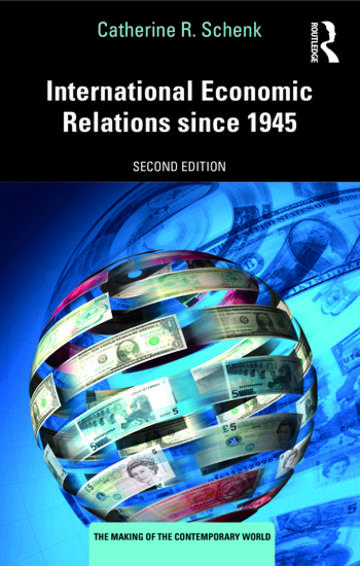 This second edition has been updated to include an assessment of economic relations up to the Covid-19 pandemic. It focuses on three main threads that tie national economies together: flows of goods, of people and of finance and provides a foundation for understanding the institutional and economic context of the development of global correspondent banking over the past 75 years.

Since the end of the Second World War, the international economy transformed from a tightly controlled trading system to the financial globalization of the late 20th century. This book traces the organisation of international economic relations from the 1944 Bretton Woods conference through to the 2008 financial crisis and its aftermath. By outlining the development of economic policy of both national and international institutions like the International Monetary Fund and the European Union, this volume examines how the global system was constructed and explores the sources of inequality and instability. The changing political context is also emphasized, especially the Cold War and its end, the rise of China and other emerging market economies and the prospect of a retreat from globalisation in the wake of the 2008 crisis.

5. The Start of the Second Globalization

6. The Acceleration of globalisation and renewed crises

Catherine R. Schenk FRHS, FRSA is Professor of Economic and Social History at the University of Oxford. She has held academic positions in New Zealand, London and Glasgow and visiting positions in China, Hong Kong, the International Monetary Fund and the Bank for International Settlements.