The Past and Future of Cross-Border Payments 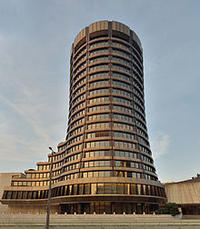 Since 2015 the Financial Stability Board (FSB) has been working toward enhancing the speed and reliability of cross-border payments, in a process coordinated by the Committee on Payments and Market Infrastructure of the Bank for International Settlements (BIS). After the 2008 financial crisis, it became clear that the network of correspondent banking and digital payments systems left much to be desired. One key issue was that the network seemed to be contracting even as the volume of cross-border transactions increased, i.e. there were fewer ‘corridors’ between banks in the main network (SWIFT). You can hear about this phenomenon in a 2020 discussion by BIS economists Tara Rice and Goetz von Peter here. The danger is that the infrastructure for the global payments system might be shrinking in ways that excludes smaller or poorer countries because of a lower volume of transactions, more challenges to comply with Anti-Money Laundering/Know Your Customer requirements or less liquidity in their currencies of settlement. Because of the importance of remittances for individuals as well as cross-border business flows, this trend threatens to affect the prospects for financial inclusion as well as prosperity. At the same time, the rise of so-called ‘unicorns’ or specialised start-up fintech companies for both wholesale and retail payments is accelerating. There is a risk that the global system is becoming more complex but at the same time less integrated technologically and more difficult to supervise or regulate, and therefore less robust to fraud or critical technological failure. This set of issues makes it sensible to take a multilateral approach to examining the system, and in 2015 the FSB and G20 took up the challenge.

In April 2020 the 1st Stage Report identified the challenges to the global payments system that needed to be overcome: – high costs, low speed, limited access and insufficient transparency – and the frictions that were causing these challenges. In broad categories, the frictions include fragmentation and lack of coordination or interoperability of systems (including across time-zones), costs of compliance to anti-money-laundering/ finance of terrorism regulations, and the need to keep liquidity in a wide range of currencies.  This was followed up in July 2020 by the 2nd Stage Report that set out 19 ‘building blocks’ to arrive at solutions. In October 2020, the G20 produced its 3rd Stage Road Map to agree finally how to move forward. But the progress remains quite high level and complicated by the need to link private and public interests in a quickly changing digital environment – complications enhanced by the impact of the pandemic. From December 2020, the G20 Finance Ministers under the Italian presidency reiterated the commitment to seek out solutions.

On 18-19 March 2021, the BIS CPMI hosted a 2-day conference bringing together private and public sector interests. On the first day, which focused on private sector settlements, more elucidation of the frictions and general aspirations was offered than practical solutions. The main issues arising from the discussion were about how to speed up the final settlement of cross-border payments, interoperability vs fragmentation and, finally, issues of currency liquidity. Trust and transparency was a ‘golden thread’ that bound together regulators and customers. 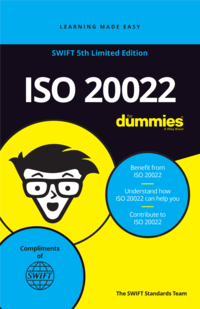 Real time settlement for cross-border payments still seems a rather distant goal – challenges include risk management and the unwillingness of some large incumbents to be processing settlements 24 hours a day, seven days a week. This is a particular challenge for bank treasuries as they try to manage their liquidity and don’t want large transactions going through in the middle of the night. In terms of fragmentation, the European Central Bank’s TIPS framework (Target Instant Payments Systems) was partly a response in 2018 to national systems emerging within the euro area that threatened to lead to fragmentation. TIPS allows 24/7 real time settlement across political borders but is not a cross currency solution. To enhance interoperability, the payments industry has developed a new common messaging language or standard (ISO20022) to try to get around the frictions of errors keying in codes for payees, checking the destination and translating across different coding systems. The BIS and SWIFT organised a ‘Hack-athon’ using ISO20022 alongside the conference to come up with new ways to use the common standard. SWIFT has even published an Open Access book on ISO 20022 for Dummies, now in its 5th edition.

Another important ‘friction’ is lack of liquidity, particularly in currencies of small countries, which increases the costs for final settlement in lower volume and more ‘exotic’ currencies. Thus, so-called South-South corridors of payments might benefit from greater relative scale of transactions, although the existing infrastructure does not serve them well. The potential for economies in Africa and elsewhere in the global south to make a technological leap to meet (and make) digital standards was also acknowledged, but mainly for retail rather than wholesale payments. Meanwhile, the persistence of older technologies through traditional correspondent banking alongside these new innovations in peer-to-peer and blockchain technologies was deemed by some participants to be holding back the seamless integration of the global payments system. The economic or business model for traditional banks, with a diversified range of services, is very different from a specialist supplier of payments services. Banks can cross subsidise low margin payments business while single purpose companies may struggle to become viable without achieving a large scale of business.

So what might history have to offer in this time of transition? Taking a longer-term view will help to identify the impact of new technologies, how they were diffused geographically and how frictions of the past were overcome. Understanding the way that third party suppliers either disrupt markets or bring greater coherence can also be enhanced by looking at previous eras, e.g. the innovation of SWIFT from the 1970s and the development of standard messaging. Another contribution will come from taking a longer view on the geographic dynamics of the global payments system and the changing shape of hierarchies of the network across financial crises, wars and globalisation. This speaks to the challenge of ensuring that the payments architecture is inclusive. Insights can also be drawn about the role of regulation and supervision (enhancing transparency or putting grit in the wheels of commerce?). Understanding how the architecture of cross-border payments has evolved has much to add to the clarity of our vision of current challenges. On the other hand, the issues that are being raised by the G20 now can inspire the research questions we ask of the past.